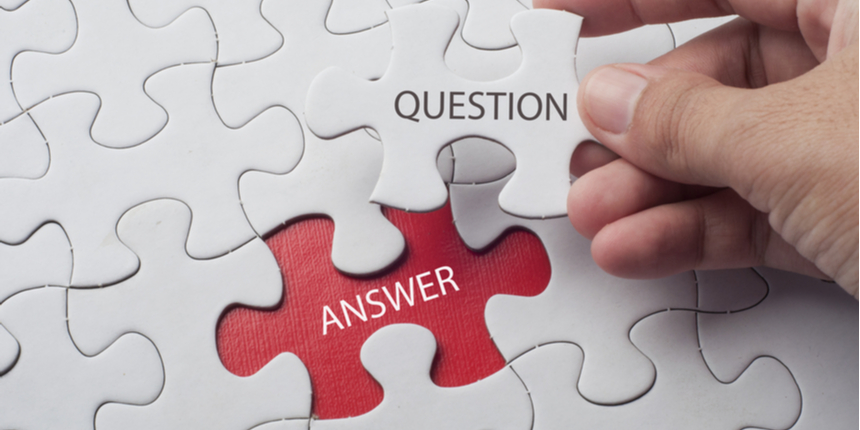 Candidates can check the difficulty level of the NCHM JEE 2022 question paper and the section-wise distribution of questions in NCHM JEE 2022. It is based on the reports of students who have appeared for the exam and the coaching institutes. Studying the exam analysis of NCHM JEE 2022 will help candidates determine whether or not they had a good attempt in NCHMCT JEE and will also be able to calculate their estimated percentile.

The question paper of the NCHMCT JEE 2022 exam was on the easy to moderate side this time. The reasoning and logical deduction section and numerical ability and scientific aptitude sections were moderate levels as per the NCHM JEE paper analysis last year. The English language had a maximum number of questions with 2 RCs, which is an overall of 60 questions.

Overall the difficulty level of the NCHM JEE paper was easy. Some candidates found the paper moderately difficult, hoping to score good marks. Most of the questions in the Reasoning section were on verbal reasoning, series, blood relations, verbal relations, and statements and assumptions. The section was easy to attempt and was less time-consuming as compared to other sections. Some of the candidates found the English Language section difficult but those who prepared well define it as quite simple. The General knowledge section was a bit difficult.

2. Aptitude for the service sector

1. Replace the underlined word in the given sentences with the most appropriate synonym:

2. Replace the underlined word in the given sentences with the most appropriate antonyms:

3. In each of the following options, select the one which can be substituted for given words/sentence

3. In the following questions, four choices are given. One word is spelt correctly while others are misspelt. Choose the correctly spelt word

1. In which of the following questions, which one of them is different from the rest?
a) Mars b) Earth c) Moon d) Neptune

3. Find out the odd among the four:
a) Tortoise b) Oyster c) Alligator d)crab

5. Find out the alternative which replaces the question mark
CARS: VOLVO:: FURNITURE: ?
a) IKEA b) TATA c) FwD d) ITC

1. Selling price of 50 article = cost price of 40 articles. What is less or gain percentage?

2. What fraction of an hour is a second?

6. 90% of the students who were present, 20 students were absent. What is the total number of students?

1. What is the National game of Australia

3. Who is the first Chinese visitor to India

4. What is the percentage of blood in the human body?

5. What is a barometer used for?

NCHMCT JEE 2018 exam was held on April 28. The questions asked in NCHMCT JEE 2018 were as expected and the test pattern was similar to that of past years’ papers. The Numerical Ability section was the most difficult as compared to all other sections of the exam. In the English section there were four reading comprehension passages which were not that difficult to attempt. Overall, NCHMCT JEE 2018 exam was easy but the questions asked were put forth in a tricky way and so aspirants had to read each and every question with a lot of attention. Check here.

NCHMCT JEE exam earlier was conducted on April 29, 2017. A three hours duration exam, NCHMCT JEE was conducted from 10 am to 1 pm across 33 test cities in India. There were no surprises in NCHMCT JEE 2017 exam. The test pattern was similar to that of past years’ papers. Thus, if any student had practiced the past 10 years’ papers of the exam thoroughly they were able to perform well in the exam.
NCHMCT JEE 2017 Paper Analysis

The marking scheme for NCHMCT JEE is shared by National Testing Agency. The total marks allotted to the exam is 200 and the types of questions asked are objective. As per NCHMCT JEE 2021 marking scheme, four marks are awarded to every correct answer from each section while 1 mark is deducted for every wrong answer.

Candidates can check the result of NCHM JEE 2022 in online mode. To access the NCHM JEE 2022 result, candidates are required to enter the requisite login details. The result of NCHM JEE will be announced in the form of a merit list, which will consist of the candidate’s score. Students will be shortlisted based on the minimum qualifying marks prescribed by National Testing Agency.

NCHMCT JEE 2022 cutoff is the minimum mark that is mandatory for candidates belonging to different categories to obtain admission. The parameters that are considered while determining NCHM JEE cutoff are the difficulty level of the entrance exam, total number of seats available, number of candidates who appeared for the exam, and past years cutoff.

As part of the NCHM JEE 2022 selection process, candidates will be shortlisted for Bsc. HHA admission is based on the rank they will obtain in the exam. The merit list will be prepared based on the rank secured by candidates. Students who will score high will be given preference.

Question: What is the overall analysis of NCHM JEE 2022 exam?

If we talk about NCHM JEE exam analysis, the exam was in overall of easy level except some difficult questions in numerical ability and scientific aptitude.

Question: How many sections are there in NCHM JEE 2022?

There are five sections in the exam.

Question: When will NCHM JEE result be declared?

The result dates of NCHM JEE 2022 are not out yet.

Question: How many institutes will participate in NCHM JEE counselling?

There will be a total of 78 institutes participating in NCHM JEE counselling.

Question: What is the mode in which NCHM JEE 2022 is conducted?

The NCHMCT JEE exam is conducted in computer-based mode.

Career Scope for Women in Hospitality Industry: Check what is ...

Hi, I got an addmission in IHM, Lucknow could you pl tell me more about the college.

IHM Lucknow , better can say Institute of Hotel Management, Catering Technology and Applied Nutrition, Lucknow is a public college under Ministry of tourism , Govt of India .

It was established in 1969 . Total 19 faculty currently works here .

The following courses is offered here :

To know more about the courses, refer this :

i want to crack nchm jee suggest me best books that covers all the chapters all in one book ....

For different sections, books of NCHM JEE are enlisted below :-

For more details kindly check out the link given below :-

I hope this information helps you.

when will get admit card and what is the process to download the card??

Could you tell the correct book of msc in hotel management for its entrance examination?

Below I am sharing some of the best for Msc Hotel Management Preparation which will he best for Entrance exam ;

Further, if you wish to know more about the \list of books for Hotel Management entrance exam, then you can follow the below mentioned link to know more : https://hospitality.careers360.com/articles/best-books-for-hotel-management-entrance-exams

I hope that this will help.

i have been trying to apply for nchmct jee but the process is not going forward in the website of nchmct the exam centre in Assam are not available they are showing only two cities where as we need to submit 4 cities but they are not available is there any other process I am very worried about this.

You can then submit the name of the cities that are nearer to Assam. If there is no such city present on the list, then no need to worry.

You will be most probably assigned the cities which are in your 1st and 2nd preference.

They generally prefer your 1st preference of city only.

Admission to the program is through the NCHM JEE exam.

The NCHM JEE score is approved by all the associated  Institutes for admission to the B.Sc (HHA) courses offered by their respective institutions.

NTA will be administering the NCHM JEE-2022 in the Computer Based Test Mode.

Article PDF has been sent to your Email ID successfully

We endeavor to keep you informed and help you choose the right Career path. Sign in and access our resources on Exams, Study Material, Counseling, Colleges etc.