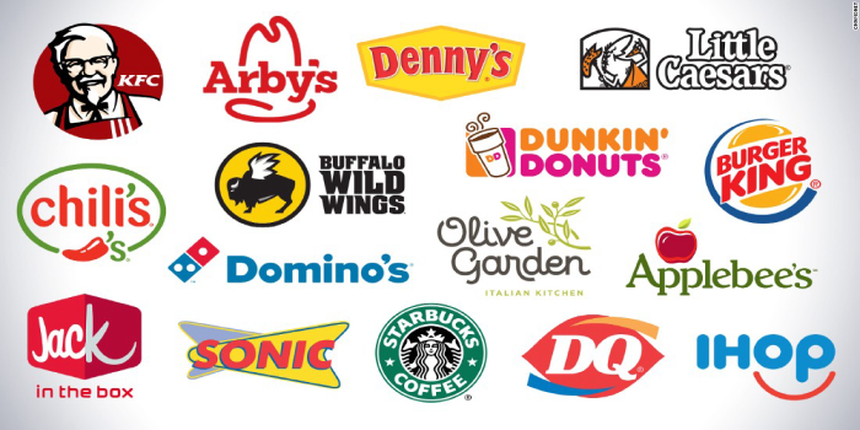 Career in Hospitality - Trisha Luthra, a hotel Management student is excited about her career in Quick Service Restaurant (QSR) industry. Ask her the reason, and pat comes the reply. “It’s fascinating to work for brands like McDonald, Domino’s, Pizza Hut, KFC after completing my course as associating with such brands is a big recognition in itself. Further, this will make me part of this most exciting food segment which is growing at a fast pace in India,” she says.

QSR, also known as Fast Food Restaurant, a growing food industry segment, is all about serving fast food cuisine and snacks. QSRs have now started serving lunch and dinner options as well. McDonald which began its operation selling burger and French fries now serves full menu options along with breakfast and snacks. Homegrown coffee chain, CafÃ© Coffee Day or CCD for short, is also placed in this segment as it serves breakfast and meal options apart from its core product – coffee.

Latest: [Want to Know Colleges, Specialization to Apply on the basis of your NCHM JEE Scores, Click here]

Trisha represents the young breed of Hotel Management professionals who either wish to join the fast growing QSR chains or wish to begin their own venture. While setting their career goals, the rapid growth of this segment is on top of their minds.

In this article, Careers360 explains how growing QSR leads to a great career in hospitality.

The changing food habits where eating out is increasingly becoming a stress-buster and fun for youngsters, is pushing up the growth of this segment. As per India Food Services Report 2013, QSRs and Casual Dine-in formats account for 74 percent of the total chain market, while cafe's constitute 12% with Fine Dining and Pub Bars Club & Lounges (PBCL).

Confederation of Indian Industry’s 2014 report on Indian Food & Beverage sector says QSR has emerged as the largest segment in the food services industry thanks to an increase in spending on fast food in Tier-1 and Tier-2 cities. The industry is expected to grow at a brisk rate of 25% by 2018.

QSRs, a part of an estimated Rs 250,000 crore Indian food service industry, have tremendous potential in terms of employment generation.

“Fast food industry is growing at a fast pace as lots of new multinational players are focusing on B and C tier cities of India. The growth pattern in the QSR segment will surely generate more employment opportunities for the hotel management students,” says Krishnendu Mukherjee, Training and Placement Coordinator at IHM Bangalore. Growth in QSR segment is faster than the other hospitality segments, he added.

India’s oldest fast food restaurant Nirula’s, which was established in 1934 at Connaught Place with 12 rooms, a restaurant and a bar license, now has made its presence in more than 85 locations in different Indian states. Under its domestic expansion strategy, Nirula’s has opened outlets in Pathankot, Neemrana on the Delhi-Jaipur highway, Udaipur and Indore. Other locations to be covered under branch expansion are Bhopal, Hyderabad, Mumbai and Patna.

Sajan Varghese, Head Human Resources and Training and Learning and Development, CCD says that expansion has led to more and more recruitment in last few years in different profiles. “We conduct campus recruitments with a lot of enthusiasm for ‘Cafe Managers’ and ‘Area Managers’ profiles.” CCD began operations in July 1996 and now has 1611 outlets in 195 cities.

The flourishing industry has induced job opportunities, for both hospitality graduates and students with short-term courses or diplomas be it for entry level or high profile jobs.

Alok Shivapuri, Principal, IHM Pusa, New Delhi opines that students even with diploma and short courses get easy entry into QSR. “In the current scenario, securing a decent profile job at QSR is not a Herculean task for eligible student with short-term course or diploma course,” says Shivpuri. But, he quickly adds that a bright career in hospitality only depends on an individual’s performance, and fresher has to be patient and hard working.

IHM Pusa alumnus Jaya Kochhar who started her own backery shop “Jaya’s Cakewalk” in 2004, says hospitality has now become a multidimensional field where the high growth in QSR is offering various job options. “There are so many areas one could choose from depending on aptitude and inclination. In the past ten years, there has been a tremendous growth. We've had such great exposure with good Independent Restaurants, Bakeries and Eateries opening at malls and elsewhere. The experience is now not confined only to hotels,” she says on changing industry trends.

As all major QSR chains have increased their outlets and expanded in recent years, their presence in campus recruitment has also increased. The fast food sector, which is riding on a high growth wave, has worked as a catalyst for creation of new range of job profiles. The most interesting is “Guest Delight Manager” and other designations include Floor Manager, Area Manager, and Store Manager.

Anita Sharma, IHM Pusa Placement Co-ordinator shares that a decade ago the sector was not popular among students due to not so lucrative salary package. Reflecting on the recent placement at the campus, the placement co-coordinator says, “Indian coffee chain CCD recruited students directly for Area Manager through campus selection and handsome salary too was offered. International coffee chain Starbucks hired for the profile of Store Manager Trainee with the highest salary package.”

The QSR’s, however, do not recruit people at senior positions. Instead, people from the entry level or middle level are groomed and promoted to senior positions. “The leading fast food chains operating in India recruit people mostly for entry level and middle level jobs. Plain graduates with one-two years of experience in hospitality or hotel management graduates can join as management trainees, an entry-level position in the Restaurant Management Cadre,” says Ravi Kapila, Dean (Academics), Ecole Hoteliere Lavasa (LEH).

The Hotel Management institutes are also adapting to this trend and tie up with QSR chains to smoothen their hiring process. For example, IHM Bangalore has a tie-up with McDonalds where the final year students are recruited after rounds of campus selection in the beginning of the academic year. Candidates selected for management trainee designation work part-time during weekends and public holidays.

Recruitments are done for part to full time trainees in profiles like Management Trainee, Trainee Floor Manager, and Operational Trainee. The average package offered at different campuses ranges from Rs 12,000- to Rs 20,000.

The bright growth opportunities are also pushing the entrepreneurial initiatives in the segment.

Rubeena Anand, an alumnus of Ecole Hotelier Lavasa who joined her family QSR business, believes that QSR segment is the next big thing in the food sector. Joining the family food venture “The Take Away Shop”, was not an impulsive decision but it was her well thought decision to tap the monetary potential of the niche market, she says. Her restaurant supplies different meal and dinner options along with fast food.

The entrepreneur, who also opened another branch of the food outlet at Pune this year, says, “For fine dining, people prefer QSR over big hotels. With time constraint making it difficult for working couples, who are increasing by the day, to have home-made food, they look for economy options for their daily meals. Here, QSR chain like us caters to their need. They find QSR chains like us both accessible and pocket friendly.”

Experts suggest that sophistication of services is something that is helping QSR growth. Sajan Varghese of CCD also says that customer service skills are key areas where they evaluate candidates during recruitment process. “While hiring a candidate, we minutely look at personality traits like good communication skills and customer service aptitude.”

IHM Pusa’s Principal agrees, as he explains that qualities such as good communication skills, pleasing personality, being computer-savvy and comfortable with flexible/long working hour must be second nature of hospitality students.

Since QSR segment is a customer-service industry, the person applying for these jobs need to be good at soft skills, possess a pleasant personality and have the ability to effectively handle irate or dissatisfied customers. “A candidate must exhibit capacity for hard work and a liking for interacting with people. The ability to keep the situation under control during any crisis, discipline, commitment and dedication are a must and very important in a Fast Food or QSR outlet as the customer is in a hurry to receive his order and move on and is not ready to wait more than a few minutes, says Ravi Kapila of LEH.