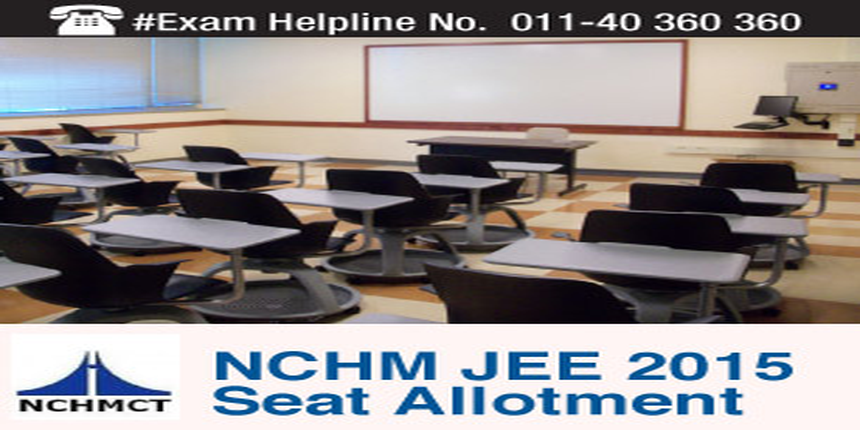 Earlier, the first round of seat allotment was announced on June 10 for the NCHM JEE 2015 Counselling Round 1.

The NCHM JEE 2015 Seat Allotment is being done in accordance with the merit list prepared by the NCHMCT. Admission to qualifying candidates depends on NCHM JEE 2015 All India Rank assigned to a candidate, choice of IHM exercised, and availability of seat at the preferred IHM.

NCHMCT has also issued the result of NCHM JEE 2015 Seat Allotment for the second round of counselling on June 19, 2015.

NCHMCT had issued the result of NCHM JEE 2015 Seat Allotment for the first round of counselling on June 10, 2015.

Important highlights of NCHM JEE 2015 Seat Allotment are given below-

Stay tuned to hospitality.careers360.com for more news and feature related to NCHM JEE 2015

NCHMCT JEE Mock Test 2020 have been released by the National Testing Agency in online mode on its...

How to fill NCHMCT JEE application form 2020 - Check step wise guide for how to fill the NCHM JEE...

Bsc. in Hospitality and Hotel Administration

Bsc. in Hospitality and Hotel Administration - Get to know all the specializations, top 10 colle...