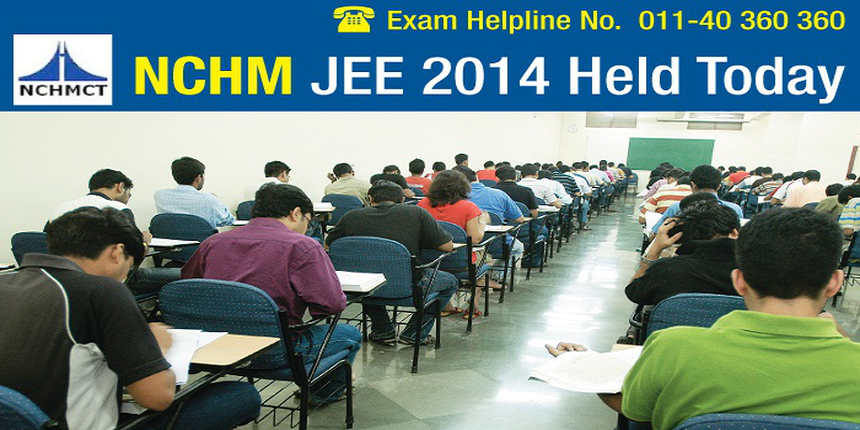 Mr Ganguli, told that last year, as many as 17623 candidates had registered for NCHM JEE.  Out of which, 10,000 successful candidates were declared eligible for counseling rounds  and final admissions for the undergraduate course were offered to 6297 candidates.

Students who appeared for the hotel management entrance exam said that the overall question paper was good and the “Numerical Ability & Scientific Aptitude Section” was comparatively easier than that of last year.

Rohit Malhotra, who appeared for the exam at Lakshmi Public School located in Delhi, said that mathematics questions were a bit tough and current affairs based questions were too difficult.

Pooja, who appeared for the exam at Delhi center said, “English Language section was the easiest while General Knowledge & Current Affairs section was the toughest for her. She found the current affairs based questions very difficult as most of the questions were related to hotel industry and locations of various hotels.

Another candidate, Nischay Bansal, who appeared for the exam at Delhi center, found questions from mathematic and numerical aptitude with average difficulty level. Reasoning & Logical Deduction section too was not very difficult.

The result for NCHM JEE 2014 will be announced in second week of May, 2014. The official NCHM JEE 2014 Answer Key will not be released by the exam conducting authority.