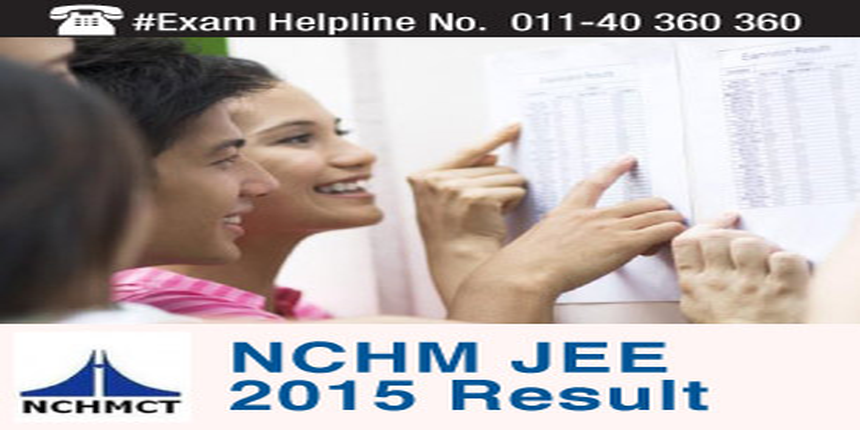 NCHM JEE 2015 Result has been announced on May 15, 2015. The result of NCHM JEE 2015 is published only in online mode. Candidates are allotted NCHM JEE 2015 All India Rank (AIR), on the basis of their performance in the most sought after hotel management entrance exam. National Council of Hotel Management and Catering Technology (NCHMCT) is not issuing any category-wise ranks including General, Scheduled Castes, Scheduled Tribes, Public with Disabilities and Kashmiri Migrants.

Candidates can check NCHM JEE 2015 Result from the official link provided in this page below.

NCHMCT officials have confirmed that this year, as many as 25000 candidates have registered for the most coveted hotel management entrance exam, of which 7311 candidates appeared from Delhi exam centres. NCHM JEE 2015 was conducted on April 25 for admissions to a total of 7482 seats distributed among 51 participating institutes.

Last year NCHM JEE Counselling began on May 26 to offer admissions to 7945 seats across all 37 IHMs (21 Central and 16 State Government sponsored) and 14 other hotel management institutes.

Candidates can also check their Result of NCHM JEE 2015 from the window below by entering their NCHM JEE 2015 Roll Number and Date of Birth.

Stay connected to hospitality.careers360.com for more news and feature articles on NCHM JEE 2015