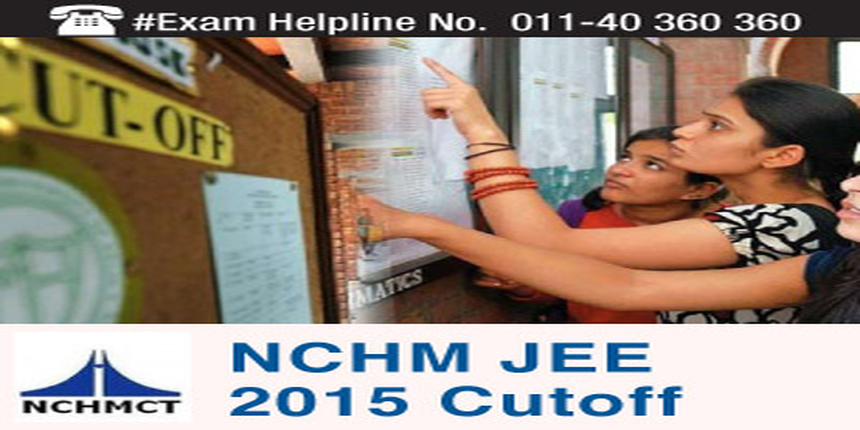 Careers360 brings you NCHM JEE Cutoff Trend to provide you an overview of the cutoff rank declared by NCHMCT over the last two years.

Below is the pictogram providing the closing rank of some of the most popular Hotel Management institutes participating in NCHM JEE 2015. The pictogram helps you in understanding the cutoff ranks of last two years for admissions to the institutes.

According to National Council of Hotel Management and Catering Technology (NCHMCT) officials, around 23000 candidates have registered for the most coveted hotel management entrance exam. NCHM JEE 2015 is to be conducted on April 25 at 49 centres in 33 cities of India for admissions to 7482 seats in 51 participating institutes.