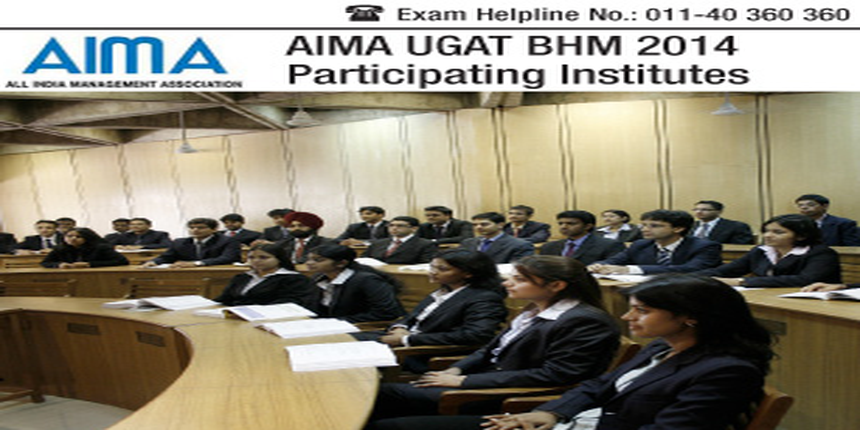 AIMA UGAT BHM 2014 is scheduled to be held on May 10, 2014 in both online as well offline mode. The entrance exam will be held in several AIMA UGA BHM 2014 Test Centers located in within India and outside India.

The entrance will be conducted by the All India Management Association (AIMA) on the scheduled date to offer admission to qualifying candidates for the academic year 2014.

Result declaration date for AIMA UGAT BHM 2014 is yet to be announced by the exam conducting authority.

AIMA UGA BHM 2014 Exam – The exam was conducted on May 10 by the All India Management Association...

I am from Andhra pradesh. please explain me the process of applying for the exam and the last date of application.

Hello,
.
Here are the details about UGAT examinination,
UGAT BBA

Follow the link for knowing more details a about the examinination
https://www.careers360.com/exams/ugat

which entrance i should prefer ugat or ipu cet??

COMEDK UGET is a state level entrance exam with which you can get admission in engineering colleges of Karnataka state.
Whereas, IPU CET is a university level entrance test, whose scores are accepted in institutes that are affiliated to the IP University.

COMEDK UGET has more number of participating colleges and more number of seats whereas as in IPU-CET seats are pretty limited.
COMEDK is tougher than IPU CET.

Colleges offered through both the exam are equally good and are on same level.
So, you can choose to appear in one based on your interest.

where is ugat exam held? can i give this exam in Aurangabad, Maharashtra?

UGAT exam will be held in all major cities across India. No there will not be any exam centre in Aurangabad.

You can fill the application form of UGAT 2020 till May 1.

what is UGAT entrance exam? and its benefit.?

UGAT-under graduated aptitude test which is a regulated test which is conducted by AIMA(ALL INDIA MANAGEMENT ASSOCIATION). The test annually screens students for various graduate programmes such as BBA ,BHM,B.COM,IMBA .ETC UGAT 2020 will be conducted in both computer- based as well as paper pencil based.

There are no specific benefits of giving the UGAT examination ,its like any other national level entrance test for admission into business - schools. I can understand your concern of getting into a good college .But if you want to give this exam ,then it increases the possibilities to get into a good college .

Does Ugat provide any scholarships for bba?

see by clearing ugat exam there is no scholarship o  stipend provides, however some of the colleges has scholarship schemes for financially weaker students. so you need to search in college details which offers scholarships.

View All Questions
Have a question related to UGAT ?
Under Graduate Aptitude Test (UGAT)
Get Updates Applications Open

Your UGAT brochure has been successfully mailed to your registered email id .